Help us to increase the number of successful products in the world!

PostHog is the open source Product OS – it’s a suite of product and data tools, built on the modern data stack. We provide product analytics, session recording, feature flags, a/b testing, event pipelines and a data warehouse. PostHog can be deployed to the cloud, or self-hosted on existing infrastructure, removing the need to send user data to a 3rd party.

PostHog was created as an open source project during Y Combinator’s W20 cohort and had the most successful B2B software launch on HackerNews since 2012 – with a product that was just 4 weeks old. Since then, more than 10,000 companies have installed the platform, we’ve had huge success with our paid upgrades, and we have raised $27m from some of the world’s top investors, and have shown strong product-led growth – 97% driven by word of mouth.

Despite the 📉 tech market, we’re default alive and doing better than ever!

We’ve been averaging >20% monthly revenue growth, we are default alive, and we haven’t raised a huge / now-overpriced round in 2021. Whilst others are focussed on layoffs and struggling to grow into huge valuations, we’re focussing on an awesome product for end users, hiring (a handful of) exceptional team members and seeing fantastic increases in revenue as a result.

We’re looking for a Product Designer with a background in interaction design, analytics, and data viz to work on the PostHog product. You’ll be supporting engineers on our app teams in our low-ego, minimal structure environment.

Though we’re a growing team, we still operate with the flexibility and nimbleness of a small startup. This means less structure, less planning, and real autonomy for you to work on what you believe will have the most impact.

Interested in a traditional waterfall approach to development? Then this isn’t the role for you!

What’s a “Design Rover”?
In Little League baseball (or softball), a “rover” is a player who doesn’t have a specific position – they have the flexibility to move around and help out wherever needed. That’s part of the role here.

While a traditional product designer sits on a team with a product manager, engineers, and other disciplines, this role goes far beyond that. You’ll have the ability to move around wherever needed – that could mean supporting engineers in a sprint, independently proposing UX improvements, and even helping other non-product teams with various needs.

We run two-week sprints, so your job may look different every couple weeks. You’ll have the opportunity to work on all different parts of the platform. This includes analytics views, onboarding, session recording, data management, billing, subscriptions, our design system, and more things we haven’t thought up yet!

Championing the voice of the userIn addition to supporting engineers in their sprints, there’s a large opportunity to advocate for UX improvements and general enhancements in our app. Because the surface area of our product is quite large, we’re always trying to better integrate the various pieces of the product.

You’ll have the chance to talk with customers (and use your own hunches) to push for improvements in the overall product experience.

You don’t need to work on everythingOur design team is small and experienced, and that’s intentional! We don’t expect you to do everything. Many of our engineers are former founders, meaning they’re capable of seeing an idea through to completion on their own. Part of your job is to decipher where your time is best spent and which project(s) need your help the most.

We believe in an iterative approach, so we’d rather ship something early to a small number of friendly customers than spend six months polishing something that might not land. You should be okay with shipping an imperfect product in certain scenarios like this! If the feature takes off, we’ll always come back to it.

If this sounds like what you’d love to be doing, we can’t wait to hear from you. If you’re not sure that you exactly fit the above criteria, get in touch anyway. Alignment with our values is just as important as experience! 🙏

What we offer in return

We believe people from diverse backgrounds, with different identities and experiences, make our product and our company better. That’s why we dedicated a page in our handbook to diversity and inclusion. No matter your background, we’d love to hear from you!

Also, if you have a disability, please let us know if there’s any way we can make the interview process better for you – we’re happy to accommodate! 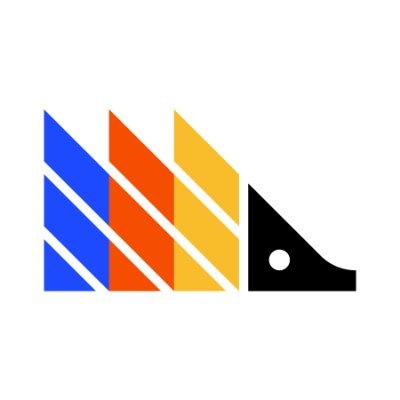 Recruiters looking for remote talent can find your resume based on keywords, job titles, skills and more.